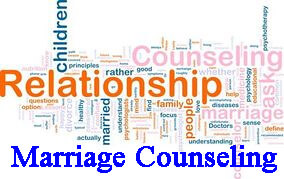 Whether or not marriage counseling works for you depends on numerous factors, including the severity of your marital problems, your willingness to take responsibility and change, and how much responsive you are to your therapist’s techniques.

It is true that marriage counseling may work wonders for one couple, while it may not make much of a difference for another couple. Nonetheless, statistics provide a lot of information that can help you answer this question.

Regardless of whether your marriage is just starting or it’s already in shambles, the following reasons will help you figure out whether you should go for marriage counseling or not.

A research done by American Association of Marriage and Family Therapists, couples and families that attended therapy sessions indicated greater ability to maintain change and higher level of satisfaction.

Approximately more than 98 percent of all participants of the survey reported that they received the help they needed by attending therapy sessions and 93 percent of the couples said that they learned more about how to deal with problems more effectively.

If you have been thinking that ‘does marriage counseling really work?’, then the answer would greatly depend on whether your partner is willing to attend therapy with you. if your spouse refuses to visit a counselor, then you might need to alter your relationship’s dynamics by going for individual therapy on your own. Nonetheless, you cannot ignore the numbers when they reveal that family and marriage therapy is far more effective as compared to individual therapy, especially in treating relationship issues.

When a married couple attends a therapy session, they get the opportunity to solve their issues by working together. The couples use the relationship itself as the laboratory environment to try and experiment different ways to improve their relationship.  This is something that cannot be accomplished when either spouse is alone, or it would be limited. Regardless, it is important to note that even individual counseling is effective, for the simple fact that if one person change, it change the whole dynamics.

3.     It Is Financially more Economical To Work with a Marriage Therapist than Seeing a Psychiatrist or Psychologist

It is unfortunate but true that when many couples begin their therapy, they are quite stressed due to many other factors, especially money. The therapy bill can often add more stress, sometimes enough to derail their therapy altogether.

You could always try to get your insurance company to pay for the therapy sessions; however, if that isn’t covered, you might be better of working with a marriage therapist than a psychologist as the former is often less costly to work with. By doing this, you will be spending approximately 20-40 percent less than when working with a psychiatrist or psychologist.

There are no solid numbers to back this claim; however, common sense tells us that the sooner we consult a marriage counselor, the better and more likely it is to save your marriage. This is because the more delay there is in dealing with marital problems, they simply continue to get worse and worse until they reach the breaking point. It is always more effective and less costly to use prevention before problems arise than to use remedy, which takes place after problems arise.

Keep in mind that marriage counseling can only help you up until a certain point – it’s up to you to seek help before you cross that point.