Life Success Stories
spiral2grow re-defined our relationships and focus. We still have challenges, yet we are committed to handle them ...
Read more

Compliments for your decision to bring changes into your life!
Get a 15-minute FREE Phone Consultation so I can learn about your challenges and also answer your questions.

Do you feel frustration and not living up to your potential?

Do you lack the ability to manage day-to-day responsibly? Are you challenged by inattention, forgetfulness, priorities, organization & procrastination?

Maybe you’ve always felt that the real you – organized and on time, patient and at ease with friends and family – is often out of reach because of Attention Deficit Hyperactivity Disorder (ADHD) symptoms. ADHD may affect all aspects of life for many adults, typically leading to significant problems in daily functioning and relationships.

ADHD and ADD symptoms, such as hyperactivity, impulsiveness and inattentiveness, can cause problems at home, school, work, or in relationships. Effective treatment of ADHD may require multimodal approach including psychological, coaching and educational interventions. Treatment goals may include: maximizing functioning to improve relationships and performance at school and work while increasing independence and building self esteem.

People with ADHD can be very successful in life, career and their relationship. However, without appropriate identification and treatment, ADHD can have serious consequences, including school failure, depression, conduct disorder, failed relationships, and substance abuse. The sooner the identification of the disorder including appropriate treatment the greater its success.

Managing ADHD requires support from professional and others while building life skills. spiral2grow, located in New York City, has qualified psychotherapists that treat ADHD symptoms for adults and children in an effective way. We see therapy as a process for change rather than merely an exercise in insight. Our approach is practical and solution-focused while emphasizing solving problems and reaching goals.

More about ADHD
Introduction to ADD/ADHD
Attention Deficit Hyperactivity Disorder (ADHD) is a disorder characterized by a persistent pattern of inattention and/or hyperactivity/impulsivity that occurs in academic, occupational, or social settings. Problems with attention include making careless mistakes, failing to complete tasks, problems staying organized and keeping track of things, becoming easily distracted, etc. Problems with hyperactivity can include excessive fidgetiness and squirminess, running or climbing when it is not appropriate, excessive talking, and being constantly on the go. Impulsivity can show up as impatience, difficulty awaiting one's turn, blurting out answers, and frequent interrupting. ADHD manifests itself in different ways in different people and at different degrees. The most common core features for ADHD include:
The Difference Between ADD and ADHD
The difference is mainly one of terminology, which can be confusing at times. ADD or attention deficit disorder is a general term frequently used to describe individuals that have attention deficit hyperactivity disorder without the hyperactive and impulsive behaviors. The terms are often used interchangeably for both those who do and those who do not have symptoms of hyperactivity and impulsiveness. The "official" clinical diagnosis is Attention Deficit Hyperactivity Disorder, or AD/HD. Whether we call it ADD or AD/HD, however, we are all basically referring to the same thing.
Who Has AD/HD?
ADHD usually persists throughout a person's lifetime. It is NOT limited to children. Approximately one-half to two-thirds of children with ADHD will continue to have significant problems with ADHD symptoms and behaviors as adults, which impacts their lives on the job, within the family, and in social relationships. ADHD can occur in both genders as well as in all ethnic and racial populations. Although it is diagnosed as much as nine times more often in males than in females, many researchers believe that it occurs equally in girls, but because females display more inattentive symptoms and fewer behavioral symptoms, they may never be diagnosed or may be diagnosed much later than males.
Common Symptoms of AD/HD
Adult ADD
What the Research Shows About AD/HD
Seeking ADHD Help
Signs of inattention
Signs of hyperactivity and impulsivity
Treatment of AD/HD
Resources 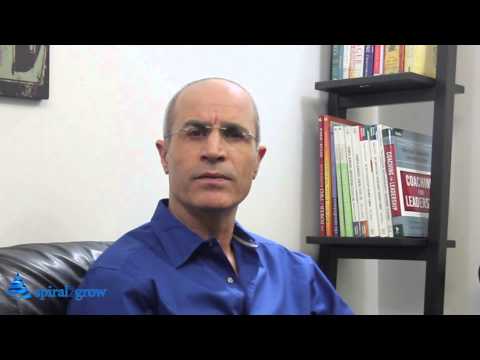 Life Success Stories
spiral2grow re-defined our relationships and focus. We still have challenges, yet we are committed to handle them ...
Read more